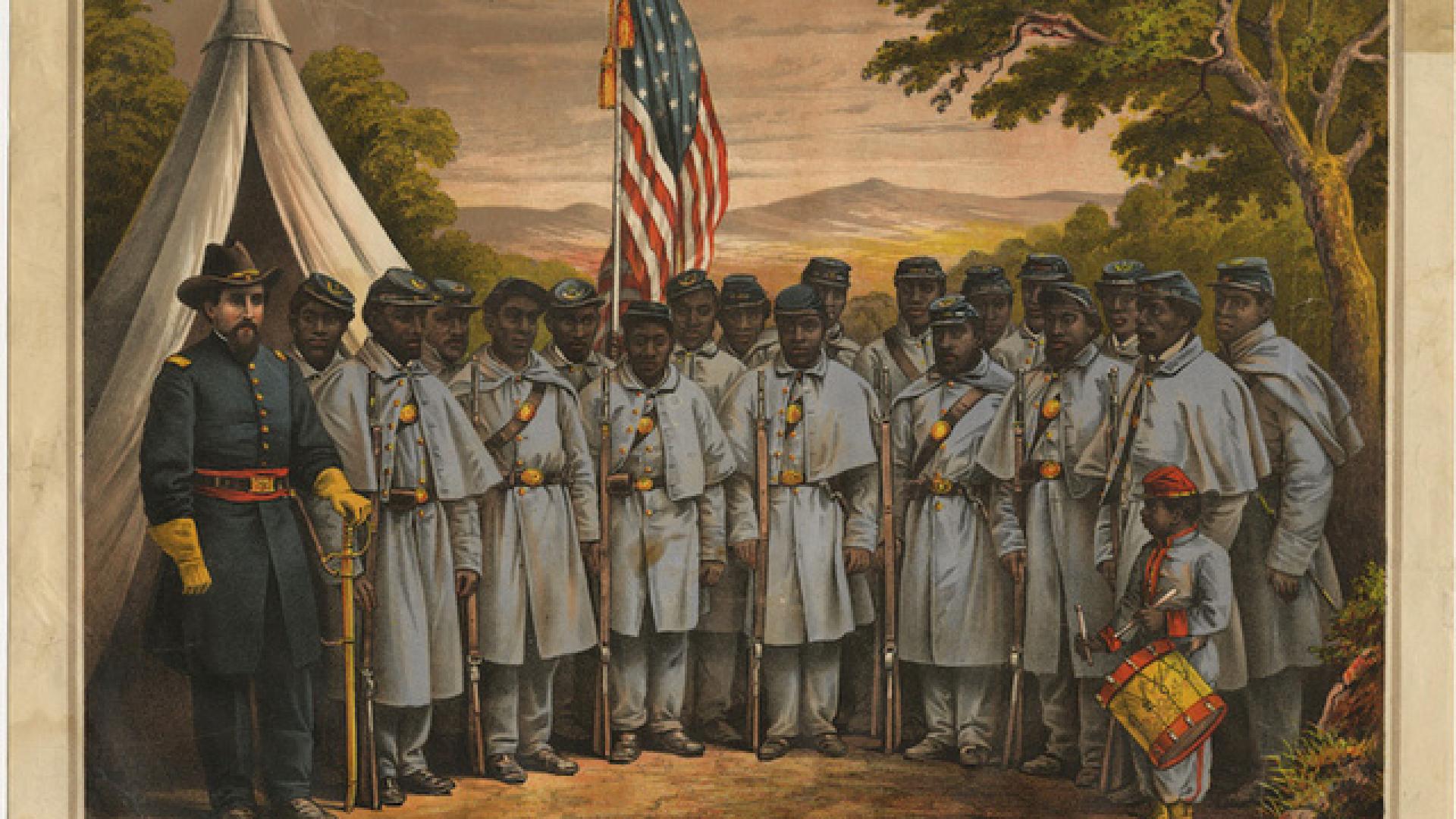 During the period of the Civil War, many enslaved people and free Blacks engaged in the fight for their freedom in numerous ways, including service in the Union army. They put their lives at risk repeatedly to first earn the right to fight, and then on the battlefield itself, where they demonstrated talent and commitment. After the Union occupation in New Bern, NC, freedom seekers flocked to the area and established a vibrant community of Black people engaged in the fight for universal freedom. This included the formation of the First North Carolina Colored Volunteers, to eventually become the 35th United States Colored Troops (USCT.) In this activity, students will build upon their understanding of USCT with a specific look at the formation and contributions of the 1st NCCV/35th USCT. They will culminate their understanding by researching a figure connected to this regiment and will create a design for a public installation honoring and commemorating theservice of the 1st NCCV/35th USCT.

Related content is available in the lesson “Fighting for Freedom: Black Contributions to the Civil War”, which explores overall Black contributions and experiences in the fight for freedom throughout the Civil War, with specific attention given to: United States Colored Troops, Black Naval Service, Black Spies, and Black Women During the Civil War